In this article I would like to introduce Chaweng Beach on Koh Samui. The party capital of the island also has many other things to offer besides the beautiful beach. What you can specifically do in Chaweng and the history of the famous city you will learn here.

Koh Samui was a very secluded island before 1940. The people lived a simple life without much contact with the outside world. Especially since there were not even roads on the island before 1940. The journey was extremely difficult and only with the night ferry, which took six hours possible. On the island itself was also not better. Sometimes you needed for shortest paths several hours. Cities such as Chaweng were non-existent. In the 1970s, the government finally decided to remove parts of the rocks and to build a ring road. At this time also the first individual tourists came to the island. Chaweng gradually developed into the capital of the island. This is due to the fact that the entire area between Lamai and Chaweng was cleared. Here optimal conditions for tourism had been created.

At the beginning there were in Chaweng’s easy and simple beach bungalows in original Thai style. Today, the picture changes completely. Precisely because of excessive night life in the city, more and more luxury hotels settle in Chaweng. The cheap beach bungalows disappear gradually.

The place Chaweng is located in the northeast of the island of Koh Samui in Thailand. The ring road around the island provides easy access to Chaweng. In the south of Chaweng Beach extends the Lamai Beach Lamai with the corresponding place. Both beaches are only separated by a headland. To the north is Choeng Mon, northeast Bo Phut and Bang Rak closest. Many attractions and the airport are within easy reach.

The weather in Chaweng is relatively stable throughout the year. The temperatures are on average between 23 and 33, the water temperature at Chaweng Beach is almost constant throughout the year. The months of March, April and May are the ones with the most sunshine hours (10). October is due to the rainy season, with 6 hours of sunshine in with the shortest duration of sunshine in Chaweng.

Generally, the weather in Chaweng Beach is the same as all of Koh Samui.

Chaweng can be reached easily by taxi or shuttle bus from the airport. The Arrival by ferry is not really more difficult. From the ferry pier, plenty of taxis and shuttle buses leave to Chaweng.

The approximately 7km long Chaweng Beach is the longest and most developed beach on the island. The sand is powder soft and white as snow. Not only because it attracts young people here as families alike ago. The two small islands with a coral reef can easily be reached on foot and allow snorkeling. The middle part of the beach is particularly good for swimming.

The water temperatures vary throughout the year from 25 to 28 degrees Celsius. At the beach promenade is catering  provided. 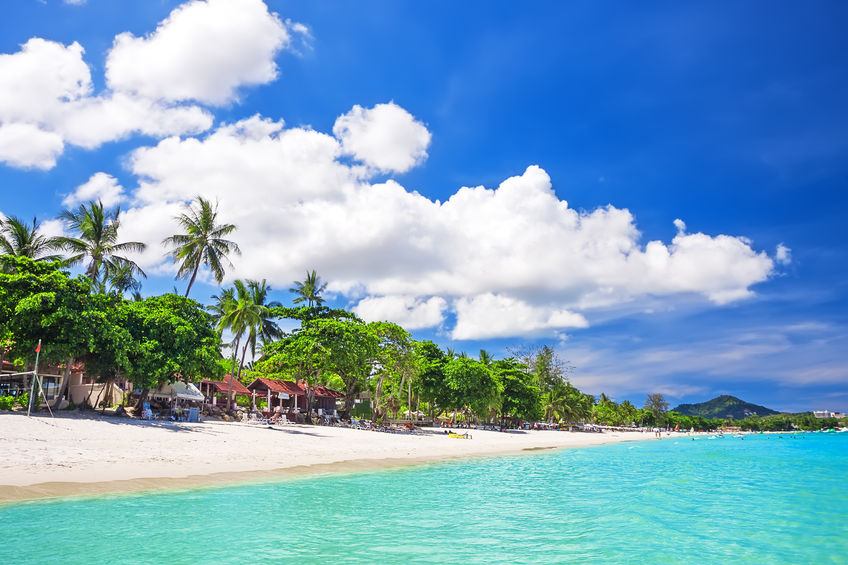 Nightlife on the beach promenade:

Chaweng is the center of night life around the island of Koh Samui. Next up find several bars and shops that invite you to leisurely stroll on the beach promenade. Many bars and pubs play every night live music and therefore offer very good entertainment.

Even the famous discotheque Green Mango can be found in Chaweng. This is the epicenter of the nightlife in Chaweng and the space around the Green Mango Square and the Soi Green Mango is lined with a number of beer and go-go bars.

In the beer bars many girls working, trying to catch one of the many tourists.

The Mint Bar, the Green Mango Club and the Sweet Soul Café also like to place top international DJs. After work, the girls  from the beer bars can be found here with several young partygoers again.

The Soi Reaggea is located on a promontory in the middle of Chaweng Lake. There are countless beer bars where the barmaids try to catch some customer for the night.

Also the legendary Reggae Pub can be found here. This is one of the oldest nightclubs in Koh Samui.

In Chaweng you can move on foot through the town. Even renting a scooter is not a bad idea. Taxis are a good alternative to travel long distances. Right now, because finally the taxi meter was introduced. Also shared taxis, known Songthaews are a good means to reach the goal.

The picture has changed significantly in Chaweng. Away from cheap backpacker accommodation and bungalows through to more expensive luxury resorts. But Cheap Guest Houses are still to be found.

Accommodation in Chaweng you can find here 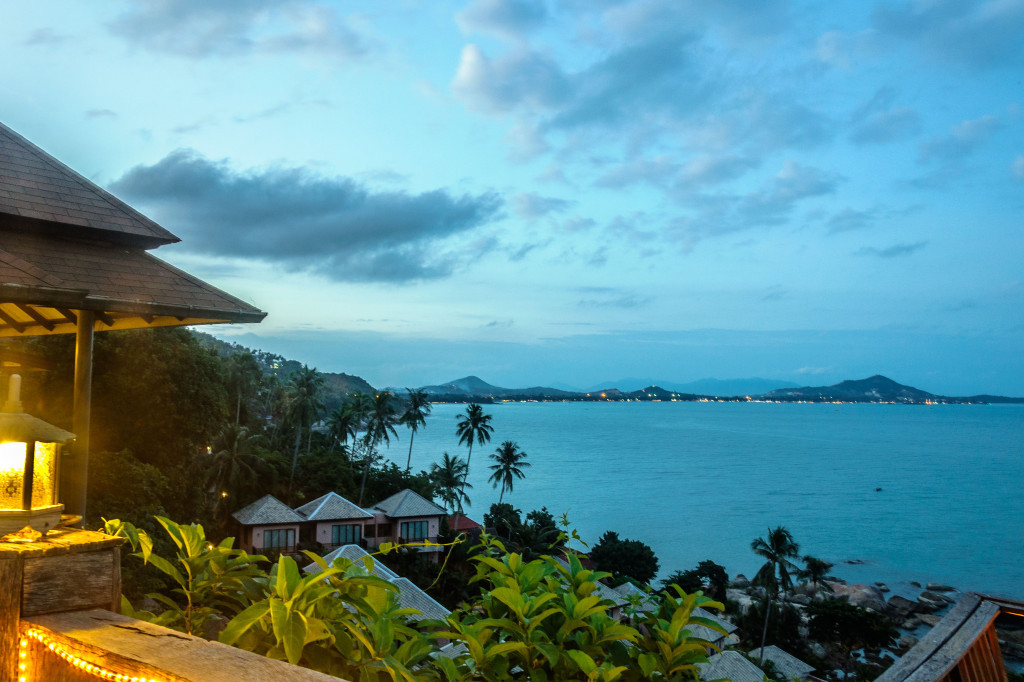 What to do? – Tips in Chaweng:

What else can you recommend in Chaweng?